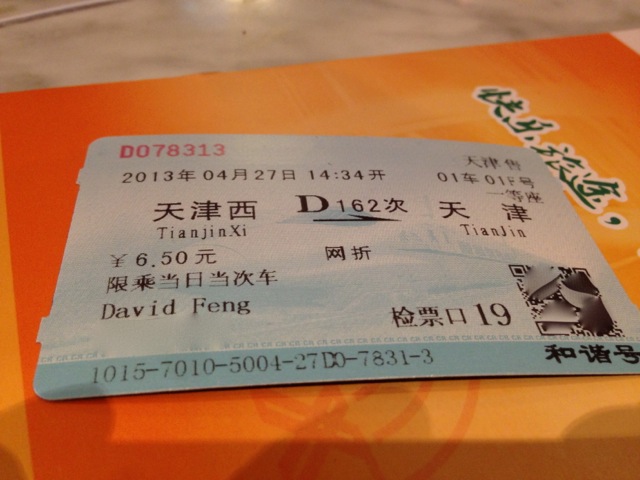 A train ticket I am proud of: the first David Feng ticket.

At present, my passport bears my name (especially my first name) that belongs to someone who used to use this name — before 2004. On the first day of that new year, I made it very clear that I will dump my Pinyin first name.

With good reason — previously, my Chinese Hanyu Pinyin first name (“Yan” Feng) spawned for a whole load of unauthorised would-be clones, such as…

…to the extents that the moment I approached a mic and read my name out, I felt great unease. I later told counselling experts that I was uncomfortable with using my Chinese Hanyu Pinyin first name in public — a major reason, obviously, being that the name would be toyed with. Nobody knew how to pronounce the thing. So obviously using a Pinyin name in the West was surely a tall order!

Obviously, I’m a “legal” kind of guy (simply put — the strict codes that were put in place by Switzerland upon its residents meant that there was a law for everything — men were supposed to sit on the toilet throne after 22:00! — and that was a pretty extreme example; and being resident in Switzerland, I became a strict follower of the law books). I was told that an instant registration re: the name change with the Swiss embassy was a bad idea — since nobody knew me with the new name (yet). So I decided to engage in a little bit of nomenclatural schizophrenia: I’d use my Pinyin name “with anything that has a .gov in it” (as in passports and diplomas, which have to be provided according to government ID names), but in everything else — such as media interviews, and more lately, train tickets in China, I’d use David Feng.

As of late, I’ve been using a crass excess of the name David Feng that now, if you Google me with my Pinyin first name (“Yan” Feng), you’d get this on the right hand side from Google (nicking its content from the Wikipedia):—

Meanwhile, if you help yourself to a Googling of David Feng, the first entry, bang-on, would be this website (davidfeng.com).

The increasing acceptance by all members of society at large of my new name, and my increasing prominence as David Feng, means that I’m now at a time and place where I have every last right — indeed, to prevent others from being confused, an absolute duty — to change my passport name to David Feng. It does society at large a massive disservice if they still have to get two names for me. And I’m not just on about the huge waste of ink…

My name is an absolute, inalienable human right. It does all of society a favour when my passport bears the exact same name as the name I use on an everyday basis — in particular if that name is one that I feel at home with. International conventions guarantee the right to a name as one of the most fundamental human rights. I will no longer go about daily business with a name which has been mutilated; I will be called the way I wish to be called.

I will be addressed by David Feng — and by no other name.

This means that on and after 01 May 2013, if you call me by my former name, I will only respond three times — every time with a notice about my name change. To make sure people are totally aware of the new name, I have to take such measures — but that will be for the good of society as a whole.