The word ente has two meanings (as far as I know — and hey, I don’t know all the languages in the world!):—

Don’t you hate it when decalinguals drive you up the wall? 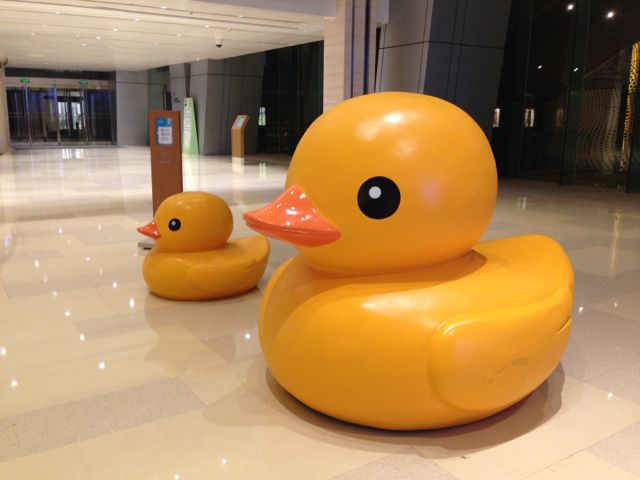 The year 2013 is drawing to a close. Whilst happy for what has been a moderate year, I’m willing to take things to the next level in the forthcoming year. For once I am announcing that I will no longer be spending the entire year — that is, over 80% — in Beijing.

I am looking “back to Europe” for a first destination outside of Asia. It is true that Beijing’s Subway system is longer and more modern than London’s variant. It’s no secret that Swiss trains run about 50% slower than their Chinese counterpart. But after nearly 15 years on the ground in Beijing, it’s probably time to take a trip — at least a comparatively longer one (30+ days or so) — into a foreign land. The last time I left home for over 30 days was in 1999. I used to live in Zürich, so heading to Beijing was heading “out” of my (Swiss) home.

Most people have less-than-positive views about the United States. I’m not one of these — although prefer when sitting at the Starbucks that the guy next to me didn’t have something “unharmonious”. So far I’ve been to only 4 US states (NY, VA — for Dulles Int’l Airport, and FL as well as CA) and the District of Columbia. That’s nothing. Somewhere down the line, I’d like to give North America a bit more attention. If anything, I’d like to do Wyoming, if it was only to be in a state which was completely square. (To a Swiss / Chinese, where no canton / province is 100% square, that must be a “new” experience.) And probably Route 66 as well. Or Amtrak across the country…

I admit there are a few destinations on the “wrong” side of the world I am missing: South Africa, Brazil, Argentina, and New Zealand. I need these, and I also need a trek with Train K3 via Ulaanbaatar straight to Moscow. I should also probably test drive Train T5 to Hanoi, if only to travel in China’s only long-distance international service with the national emblem over a train in blue (others have the emblem over a train in green).

The other day, I did a pretty scary calculation of my total mileage: over a million kilometres, and just a bit short of a million miles. I’m thinking of both converting these into media / information platform shows (blogs included) and adding more to the meter. It’s about a trip-and-a-half to the moon and back. I’m still in my early 30s. I need more miles.

In China, there’s a saying: you need to read both thousands of books and have travelled thousands of miles. I’ve done the latter. 2014 might also be the time when I do a bit more of the former…

The new year, no matter how it starts or where I might start 2015, will be one I’m going to get pretty excited about. Stay tuned…